BFP is proud to announce that the largest PV project in Italy, completely designed by BFP, 103 MW “Vega” PV plant, has been connected to the grid in Troia (Puglia).

BFP is proud to announce that the construction of the “Vega” PV plant in Troia (Apulia) has been completed and its 103 MW connected to the grid.

BFP was deeply involved in the project with most of the technical activities, such as feasibility studies, basic design and EIA studies, all permitting procedures, detailed design for construction and construction management for the EPC Contractor European Energy.

The project development started in 2007, thanks to the initiative of a local developer supported by BFP in the land scouting and feasibility studies. After a long permission procedure (mainly due to delays connected to bureaucracy), the project obtained the Italian National Authorization for Construction (namely, Autorizzazione Unica) and the Ready-to-Built Status on February 2011, when the III Conto Energia feed-in tariff program was still running in Italy.

Under the following Conto Energia, the construction started for a part of the plant (63 MWp are under a feed-in tariff as per register of IV Conto Energia), which was then suspended in March 2012, due to financial problems of one of the owners.

In 2014, the Apulian Regional Energy Office cancelled the permission, because of an administrative problem. Hence, the developer launched a formal petition to the Puglia Region to reinstate approval of the project.

At this stage, the project appeared doomed. But, after several years, the Regional Administrative Court of Puglia responded positively to the petition and allowed 17 months to finalize the plant and connect it to the grid. BFP was then appointed as Final Designer and Construction Manager (Direttore Lavori) of the project.

The deadline to complete the plant and connect it was June 2020… And we are pleased to announce that, respecting the said deadline, the largest PV plant in Italy was completed and connected last month.

Gianluca Biscotti, Contract Coordinator and Technical Director of the Project, and Danilo Pomponio, Safety Coordinator during Design (CSP), thank all BFP staff engaged in this “maxi project”, bringing another success to the professional CV of BFP Group.

A special thanks to Roberto Sajeva and Oronzo Caradonna, who worked on site as Construction Manager and Site Supervisor respectively, doing a great job! Thank you all! 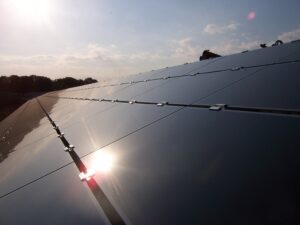 With many years of experience, a reliable team of more than 50+ engineers and architects, more than 6GW in projects designed and engineered, 3 international offices, head offices in Italy and an O&M division, BFP is your reliable, qualified partner of choice for all your engineering and consulting needs, worldwide.

We're not around right now. But you can send us an email and we'll get back to you, asap. 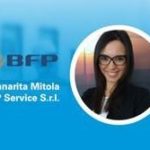 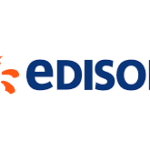